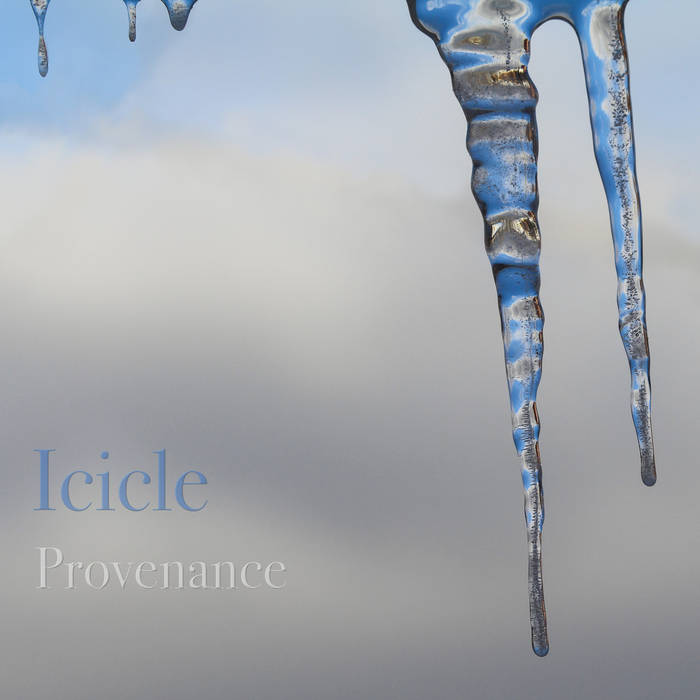 Provenance, the latest album by Montreal-based Icicle, is set to release March 12, 2019. The album will be available to download and stream through all major online retailers. Fans can also purchase hard copy CDs through BandCamp.

In line with Icicle’s previous work, described as “genre-bending” (Darcia Helle, Sound Waves Review) and “pushing his own sound to the forefront” (Richard Lyne, The Appetizer), these 12 new tracks playfully point to highly eclectic influences, all the while furthering Icicle’s ever-shifting, distinctive sound.

Krassy Halatchev, the composer, singer, bass player and driving force behind Icicle, describes the album as life-affirming, built around themes of beginnings, growth, evolution, and love: “It reveres the miracle of life, birth, and growth, as well as strength, endurance, persistence, fight — all the necessary elements for one’s survival. Of course, love is the backbone of it all. As David Bowie says, ‘The greatest thing you’ll ever learn is just to love and be loved in return.’”

Fans who’ve come to know what Jeremy Bregman from Medium.com called Icicle’s “giant melting pot of different sounds, ranging from groovy, bouncy bass lines to tracks with a new wave, 80’s feel” won’t be disappointed with the buoyant Let It Snow or the defiant I Had Enough. The 11th track, Because You Asked, features lyrics by Antonia Gueorguieva, based off a verbatim-style notation of a conversation with Halatchev. The record also features vocals on select tracks by Laurie Gordon and Kat Howell.

Halatchev has charmed Canadian and international audiences for over two decades, following his defection from communist Bulgaria with the band The Clouds. From 1996 to 2012, he was a core member of the Montreal-based band Chiwawa. Since going on his own in 2013 as Icicle, he has released six albums. Provenance now marks Icicle’s seventh solo LP.